How Celiac Disease is Diagnosed 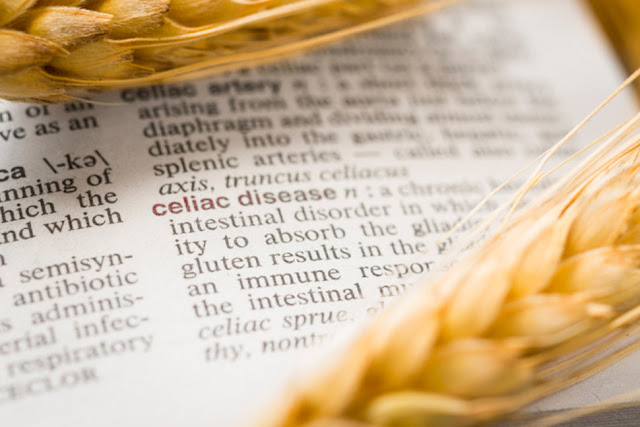 What is Celiac Disease?
Celiac Disease (CD) is an autoimmune disorder that often affects multiple parts of the body, causing diverse complications and symptoms. When a person has CD, the immune system believes gluten to be a dangerous substance. It subsequently launches an attack to drive out what it mistakenly believes to be toxic to the body. During the immune system’s attack on gluten, the mucosa of the small intestine becomes inflamed. This leads to the tiny finger-like villi of the small intestines to become increasingly damaged by the consumption of gluten. .


Why diagnosis of CD is critical
It is often believed that the sole complaint of CD is pain and discomfort in the gastrointestinal tract, such as bloating and diarrhea. But this is far from reality. Celiac Disease has over 300 symptoms,  making diagnosis elusive. It is believed that CD is undiagnosed in 83% of celiacs.  There are a number of reasons why diagnosis is important to an individual's health, even if on a gluten free diet.


First, the consequence are often more severe than pain and discomfort of the intestines. Individuals with CD are more likely to experience fatigue, depression, joint pain, nutrient deficiency, osteoporosis, cancer and infertility (NFCA). The correlation to these health conditions is a significant reason why diagnosis of CD is so important.


Diagnosis of CD is also important because it is not uncommon for celiacs to suffer from multiple symptoms even if on strict gluten-free diet. Gastrointestinal disorders, neurological symptoms, and nutrient deficiencies can be ongoing post-diagnosis and need to be monitored and looked after.


Finally, diagnosis of CD is essential because cross contamination will easily occur without due vigilance. Even a few bread crumbs can cause damage to the small intestines and wreak havoc on the body from some individuals with CD. If one is undiagnosed, the celiac will not know how careful they must be to avoid gluten, which is often found in uncommon products such as soy sauce and medication.


It is recommended to be tested for CD before going gluten-free.  CD diagnosis is only possible if an individual is consuming gluten. It is not uncommon for individuals with suspected celiacs to be a gluten free diet. This is problematic however, because their body will not be producing the antibodies used to screen for CD in a blood serum test, resulting in a false negative. Therefore, before an individual on a gluten-free diet can be diagnosed for CD, they must undergo a Gluten Challenge.


The optimum duration and dosage of a Gluten Challenge has not been agreed upon and more research is needed. For example, the University of Chicago Celiac Disease Center, recommends eating a half a slice of bread or a cracker for 12 weeks before a blood test.  This is in contrast to a  literature review published by was the NCIB.; which states, “A 3-month high-dose gluten challenge should be suitable to diagnose the majority of CD patients. In some cases prolonged challenge may be needed to verify diagnosis. Combination testing for antibodies and mucosal histology may fasten the diagnosis.” According to studies cited within the NCIB article, no more than 50% of diagnosed celiac patients created antibodies within 6 weeks to 3 months of a gluten challenge. Authors in another study published in the same NCIB article found that there was a direct increase in the amount of antibodies created and the amount of gluten consumed, indicating that a cracker or a half slice of bread is insufficient. As a result, family doctors and practitioners  will recommend two slices of gluten laden bread, while others may suggest consuming as much gluten as six slices of bread.


The Celiac Disease Foundation's medical experts recommend a different approach altogether. According to their website, patients should complete a gluten challenge, by the “daily consumption of gluten equivalent to at least four slices of bread for one to three months followed by an endoscopic biopsy” and no blood tests done. This is because damage to the villi of the small intestines occurs more rapidly than the creation of antibodies measured in a blood test.


Due to the confusion surrounding the Gluten Challenge, and the likely pain and discomfort it will cause the patient, it is recommended to be tested for CD before going on a gluten-free diet.


Blood Serum Test  and an Endoscopic Biopsy is Required


When a Gluten Challenge has been completed, or if the individual was not previously gluten free, they will most likely receive a  tTG-IgA Test. This is the most sensitive and accurate blood test for diagnosing CD. The tTG-IgA blood test measures the amount of Tissue Transglutaminase Antibodies found in the blood. These antibodies are not found in individuals with normal immune function and are almost exclusively found in individuals with CD.  According to the Celiac Disease Foundation, “There is a risk of a false positive especially for people with associated autoimmune disorders like Type 1 diabetes, chronic liver disease, Hashimoto’s thyroiditis, psoriatic or rheumatoid arthritis and heart failure, who do not have celiac disease.”


If the test results suggest CD, the common procedure is to have an endoscopic biopsy of the small intestine. The biopsy is used to confirm that there is damage to the small intestine in a manner that is consistent with celiac disease, and the blood test was not a false positive. A diagnosis may be confirmed with the patient sees improvement when on a gluten free diet, according to the Celiac Disease Foundation.


Once on a gluten free diet, individuals with celiacs will feel better within weeks or months. For many healing to the gut will start to occur within six months, but for some it will take two years or longer for health to the gut to be restored.


Kay’s Naturals knows how sensitive individuals with celiac disease are to gluten. Our entire product line is made in a completely gluten free facility to cross contamination is impossible. To learn more about Kay’s Naturals snack and cereals, check out our website.

Any personal views expressed on this blog are the writers’ own and do not necessarily reflect the views of Kay’s Naturals, Inc. It is recommended that you seek independent medical advice before making any decisions that can impact your health.
Labels: celiac disease