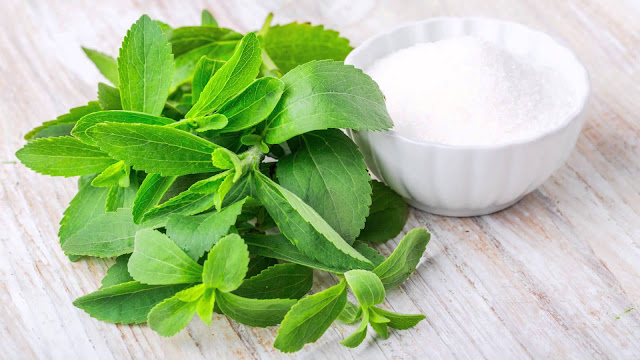 Understanding the Growth and Origins of Stevia
Wondering where stevia came from and how it has become so prevalent? You're not alone. Stevia entered the national food scene at the perfect time and sales have grown dramatically. Americans have grown increasingly mistrustful of artificial sweeteners and weary of sugar consumption, leading to a desire for a healthier sugar alternative. The result was a budding love affair with stevia, an all-natural sweetener derived from the leaves of a tropical shrub.
Growing Sugar Fears
Research about the danger of a sugar has become table talk across the nation. The public's education about the consequences of the overconsumption of sugar was fueled by the plethora of documentaries (such as That Sugar Film) and newspaper articles publishing the dangers of sugar.  The Huffington Post said, “sugar is the true killer.” Livestrong, linked sugar to belly fat. Forbes reported that sugar contains addictive propensities saying, “research supports the theory that high-fat/high-sugar foods stimulate the brain in the same way that drugs do.” For the past decade, film-makers, journalists and scientists have been spreading awareness about our sugar addiction and its consequences.
Raising public awareness about sugar’s repercussions is critically important, as many widespread health hazards are linked to America’s eating habits. Obesity and diabetes have escalated to reach epidemic proportions. Nearly 1 in 10 Americans have diabetes and more than one-third are obese. We are beginning to learn that too much sugar is harmful and addictive. America is waking up to our dependence on sugar.
The public’s growing concern about sugar has coincided with its growing suspicion of artificial sweeteners. Calorie-free sweeteners that are developed in a lab are instinctively mistrusted. According to the Eater, “There’s something inherently mad scientist about attempting to replace an ingredient that’s naturally occurring with a synthetic material concocted by piecing together neutrons.”
Recent studies about artificial sweeteners not-so-sweet darkside, have have proliferated, compounding the public’s mistrust. Splenda for example, messes up the good bacteria in your intestines, leading to potentially grievous overall health concerns. Sugar alternatives can also disturb the body’s blood sugar controls, leading to metabolic changes and a harbinger for diabetes.
We know our sweet tooth addiction and overconsumption of sugar  is damaging our health, and many Americans are attempting to curb their sugar intake. But happens when you want something you can’t have? Often you want it more. People have been searching for a natural and healthier alternative to sugar, because saying goodbye to sweets for forever feels too overwhelming to achieve. This is when stevia took center stage.
Is stevia the perfect solution?
In 2009, The Food and Drug Administration approved the use of Stevia as sweetener in food products. Specifically, they approved of rebaudioside A (Reb A). Stevia is extracted from the leaves of Stevia rebaudiana, a leafy and green plant found in Paraguay and Brazil. Rebaudioside A is the purified component form of the Stevia plant, according to the Mayo Clinic.
Stevia has been used as a sweetener in South America for hundreds of years. According to LiveScience, it has been used in these regions as a “as a treatment for burns, colic, stomach problems and sometimes as a contraceptive.” The sweet-tasting compounds are extracted from the plant and are estimated to be 200-300 times sweeter than cane sugar. Despite being much sweeter, stevia is natural and has no calories, carbohydrates or sugar (www.bbcgoodfood.com). NBC News quoted a nutritionist as saying “stevia is no risk-free holy grail for dieters.”
There are two significant drawbacks to stevia. It has a different taste to cane sugar, so those wanting the sweet taste of cane sugar may be disappointed. Stevia may take some time to readjust and get use too. It can also have an unpleasant aftertaste. Finally, stevia is significantly more expensive than sugar, which may  make adding it to products cost prohibitive.
Despite these setbacks, sales of stevia have grown dramatically. There “was a 400% increase globally in new stevia-based products between 2008 and 2012,” according to BBC News.
If you are looking to cut sugar in your diet and on the hunt for sugar alternatives, Stevia may be helpful solution. Kay’s Naturals snacks and cereals are diabetic friendly, low-GI and low calories, in part because stevia is used as a natural sweetener. To learn more about Kay’s Naturals, click here.
Labels: Stevia